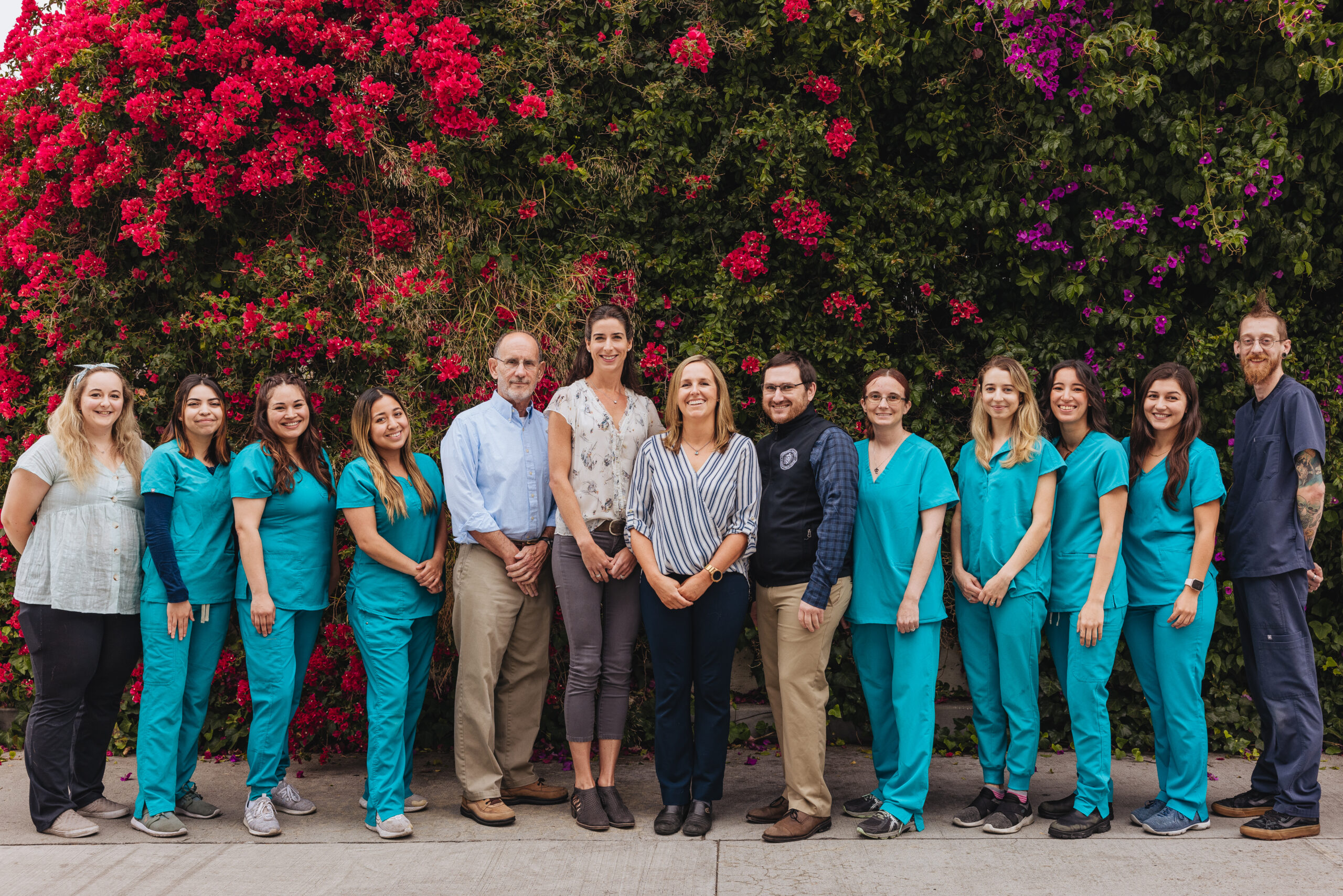 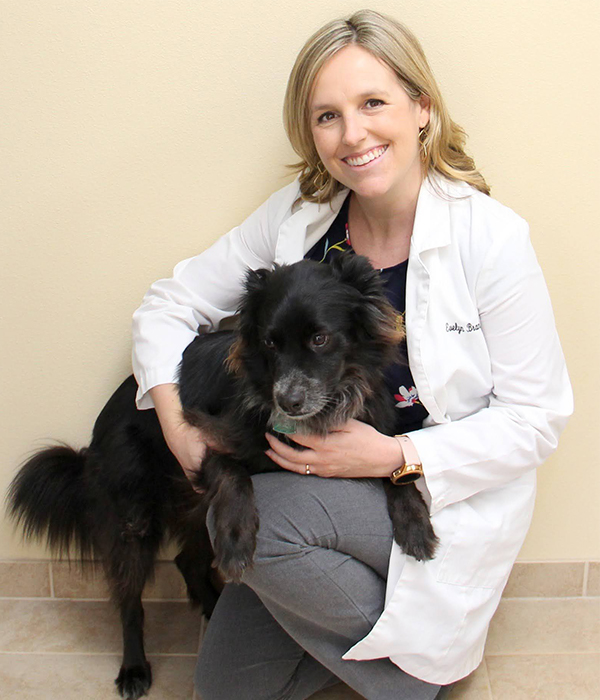 Dr. Brand completed undergrad and vet school at Washington State University, where she received additional training in exotics and wildlife from seven years in the hospital exotics ward.   After completing her DVM, she moved to California for an internship in West L.A. at the California Animal Hospital, with rotating specialized training in cardiology, internal medicine, neurology, and surgery.

Dr. Brand moved to Santa Barbara in 2010 to join her husband Jason as he worked on his PhD in physics at UCSB.  She was an Associate Veterinarian at San Roque Pet Hospital for 5 years before relocating to Goleta Airport Pet Hospital to be the Medical Director there for 6 years.  During that time, she and Jason added two beautiful children to their family, Julian (6) and Claire (4), and two rescue pups, Jasper and Moose.  Dr. Brand has a special interest in nutrition and its role in healing chronic diseases, as well as the management of allergies.  She is thrilled to be back in the beautiful San Roque neighborhood, and to join the Adobe Pet Hospital family! 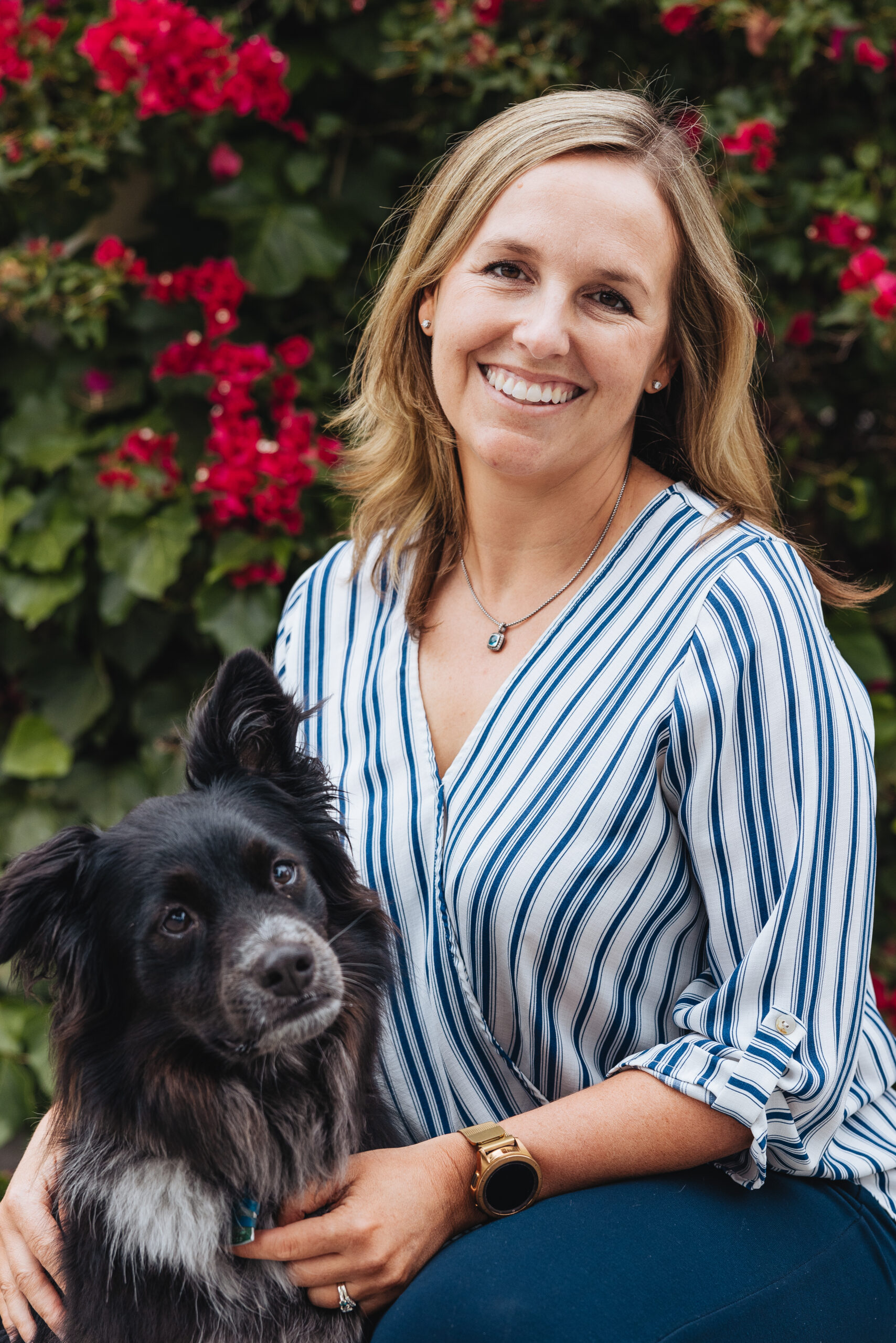 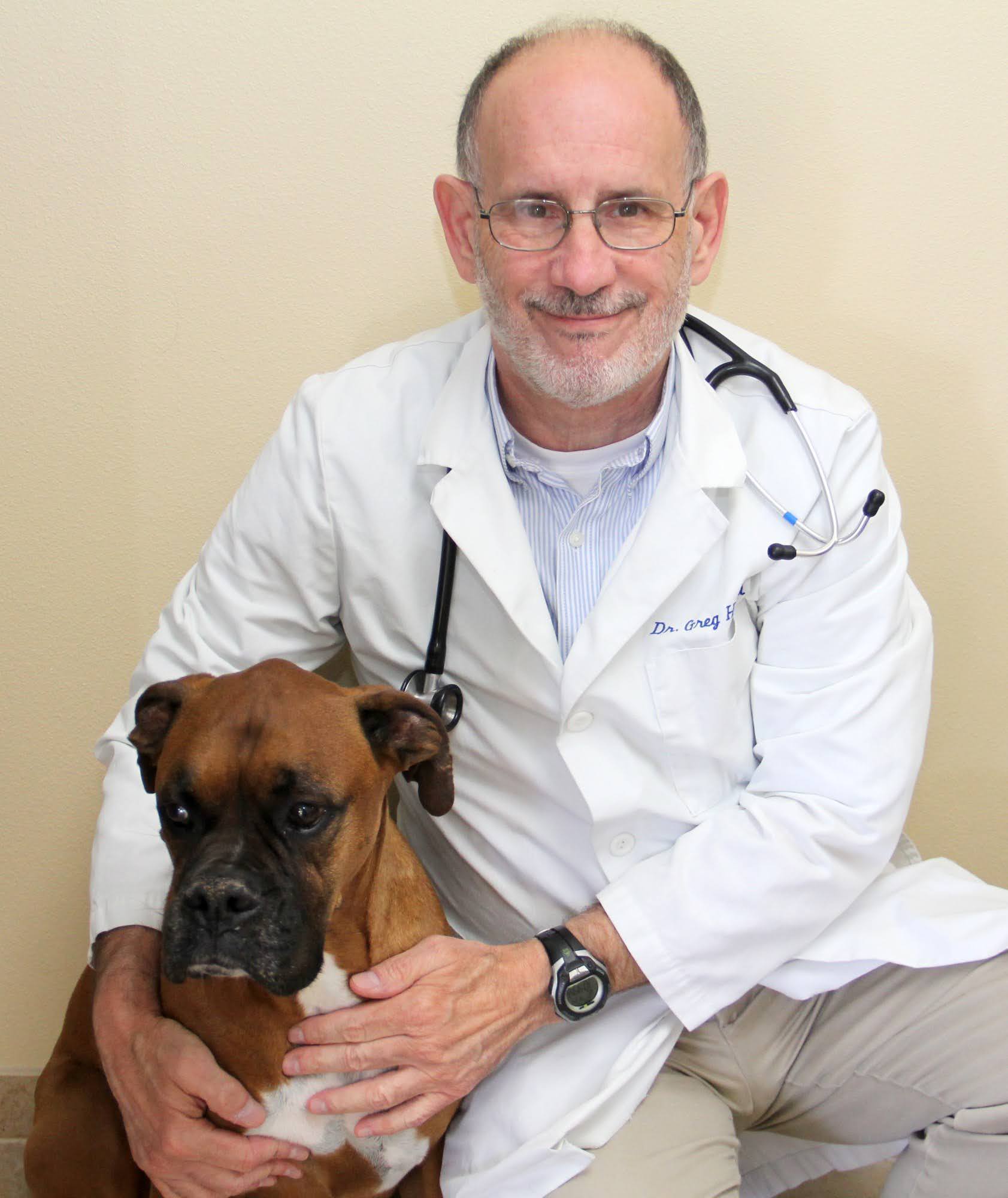 Dr Haskell was born and raised in California. He is a 5th generation Californian; his father’s side of the family came to Santa Barbara in the mid 1800’s. Dr Haskell grew up in the Los Angeles area. He did his undergraduate schooling at U.C. Irvine where he earned a BS in Biology . He then graduated from Veterinary School in 1981 from U.C. Davis. He completed a one year internship in Redding, California, after which he returned to the Santa Barbara area where he has lived and worked ever since. He performs general small pet medicine and surgery with an interest in small mammal and reptiles as well. 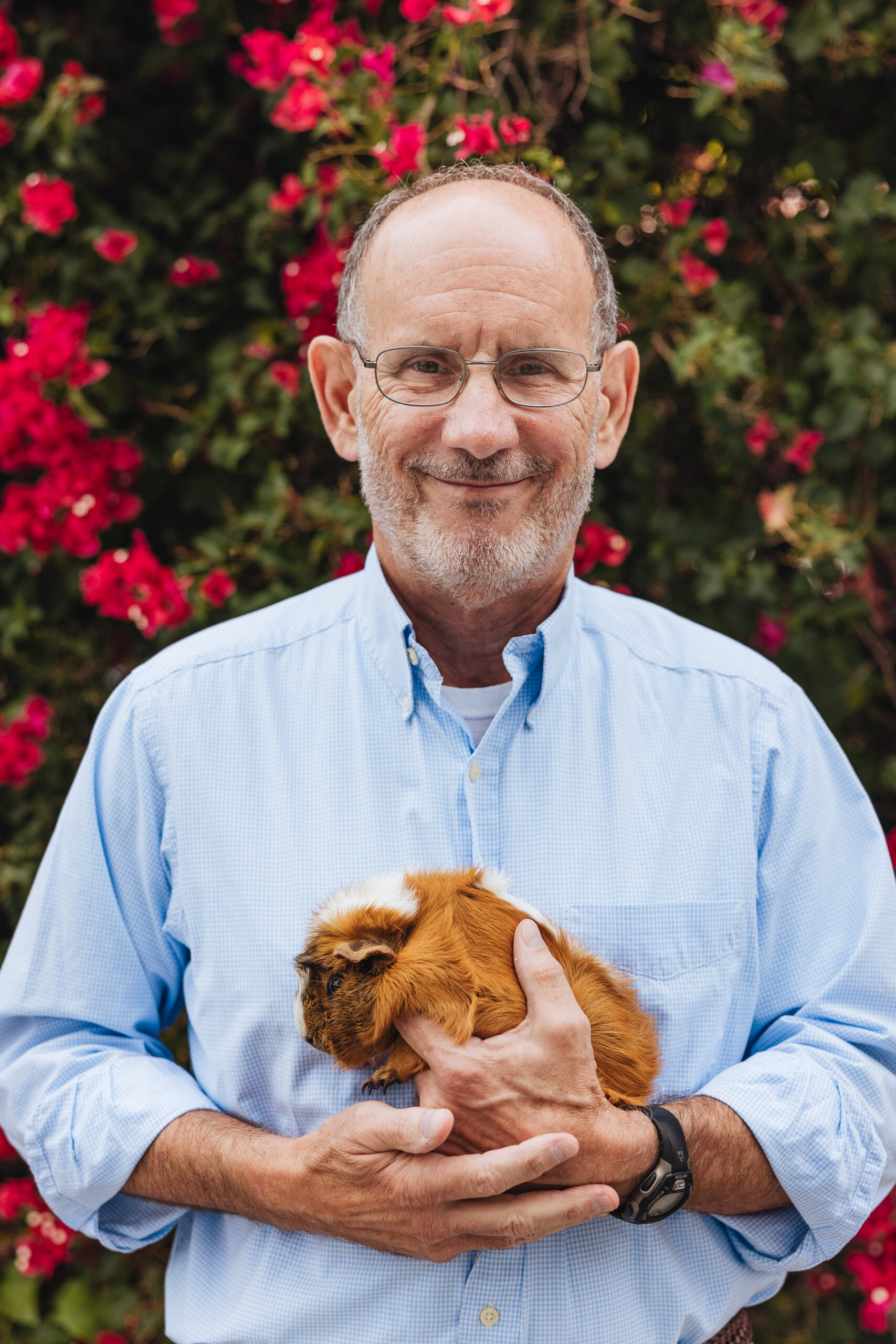 A native of North Carolina, Dr. Annie Larson fell in love with the people and environs of the California coast when she attended The Thacher School in Ojai. Years later, she returned to California to study at Western University of Health Sciences where she graduated from the DVM program. Dr. Larson is pleased to call Santa Barbara home, and to attend to the health needs of small animals within the community. She chose to serve at Adobe Pet Hospital because of the professional services rendered and its commitment to provide excellence in veterinary care. With her medical knowledge and skillful techniques, Dr. Larson strives to maintain this high quality of veterinary medicine. In her spare time she enjoys running and biking, and spending time with her family and pets, including her dog Sage and cat Boots. 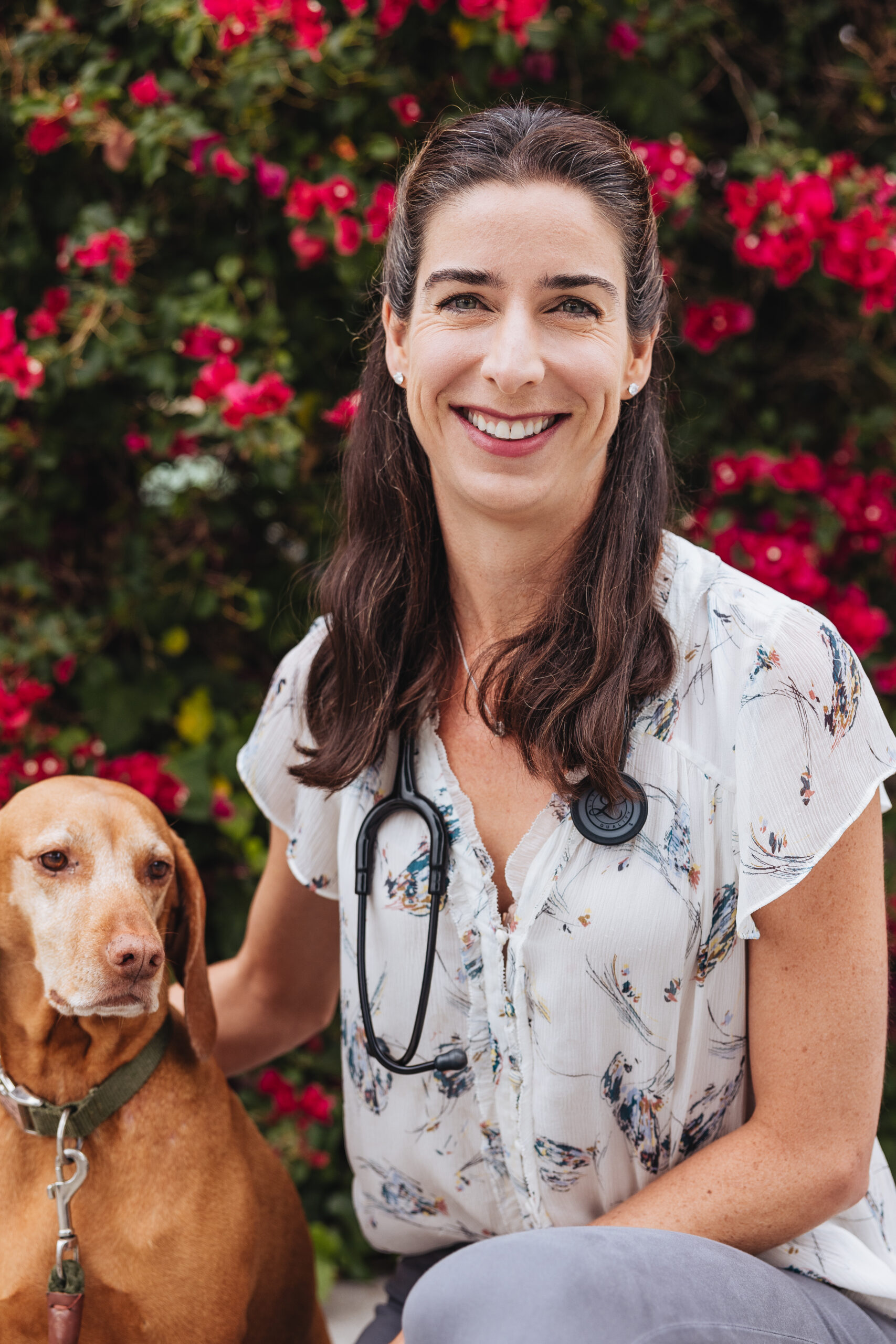 Dr. Siegel completed veterinary school at Midwestern University in Glendale, AZ where he volunteered extensively in shelter medicine programs helping to control feral cat populations and assist communities in need with spay, neuter, and vaccine programs. While in school, Dr. Siegel became a certified veterinary acupuncturist and completed training in dermatology, soft tissue surgery, and emergency medicine. After graduation, Dr. Siegel moved to Denver where he worked as an ER doctor in a large multi-specialty clinic until moving back to Santa Barbara to work at Adobe Pet Hospital.

In his free time, Dr. Siegel enjoys playing hockey, scuba diving, and relaxing at home with his three cats, Norbert, Granola, and Madeline. He is looking forward to introducing acupuncture to Adobe Pet Hospital to help patients with chronic pain management, rehabilitation, and general wellness. 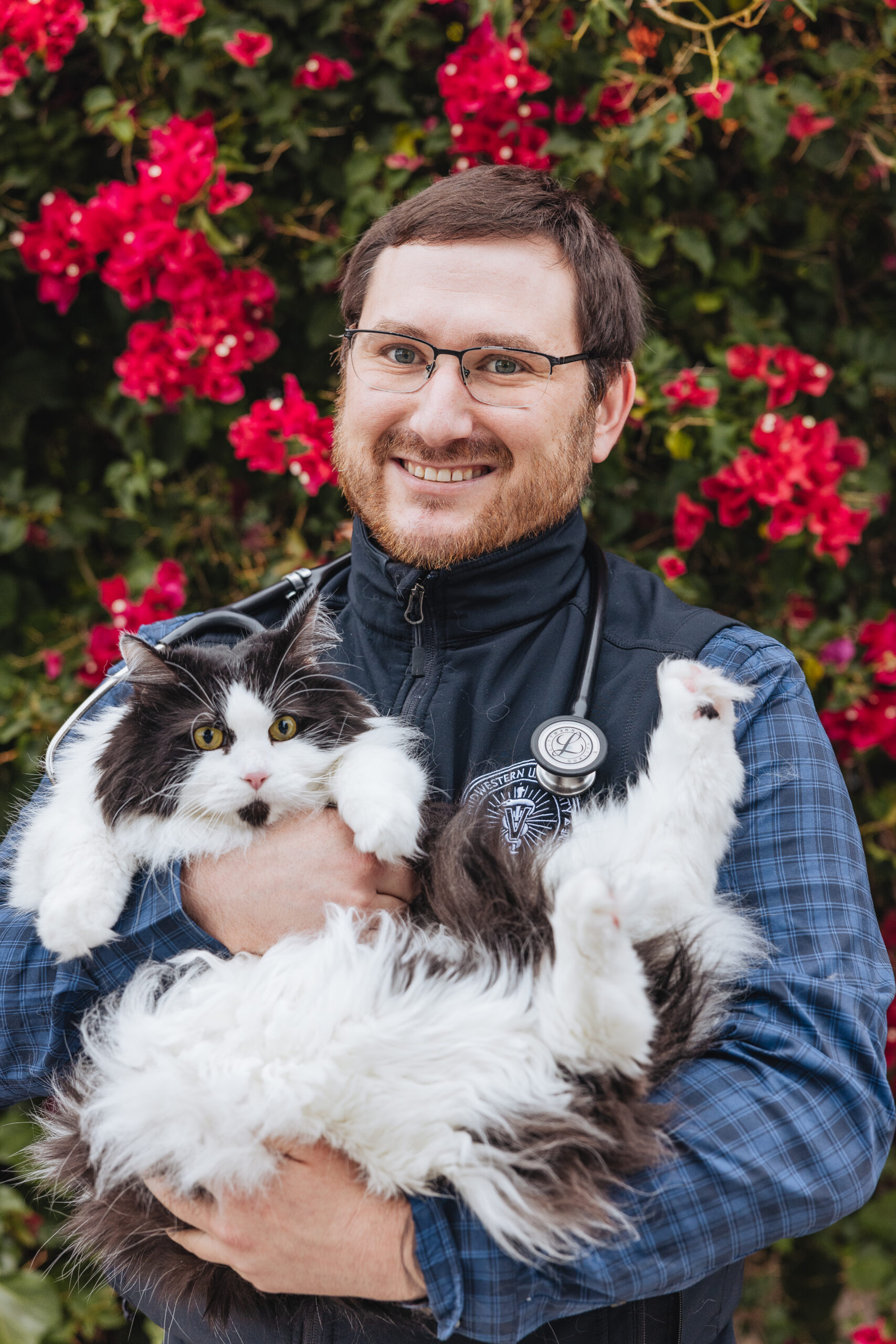 A Santa Barbara Native, Alexa has been working in the Veterinary Industry since 2011. As a child Alexa wanted to be a Zoo Keeper at the Santa Barbara Zoo, but when she found her way to working part-time at San Roque Pet Hospital in high School she fell in love with working in a veterinary hospital and building relationships with clients and their pets. Alexa helped at SRPH sister hospitals Montecito Pet Hospital and she helped Dr. Brand re-open Goleta Airport Pet Hospital and became a lead for directing the receptionist at the hospitals, and she would also help the technicians as need. After 7 years with SBVG Alexa got married and moved to her husbands home of Northern Virginia. While living in NOVA Alexa spent 3 years working at Countryside Animal Clinic as the Head receptionist and right hand assistant to their Hospital Manager and continued to assist technicians as needed. Alexa moved back to Santa Barbara in the summer of 2021 and has been excited to join the Adobe Pet Hospital family and continue to work with Dr. Brand as she grows her own hospital, and to meet new clients and see familiar faces that have followed Dr. Brand! Alexa has two kitties, Berlioz and Gus, as well as one elderly family kitty, Koda and two family kittens Lani and Kaile’a. In her free time she loves to go to the beach and to spend time with her friends and family, especially her 3 nephews! 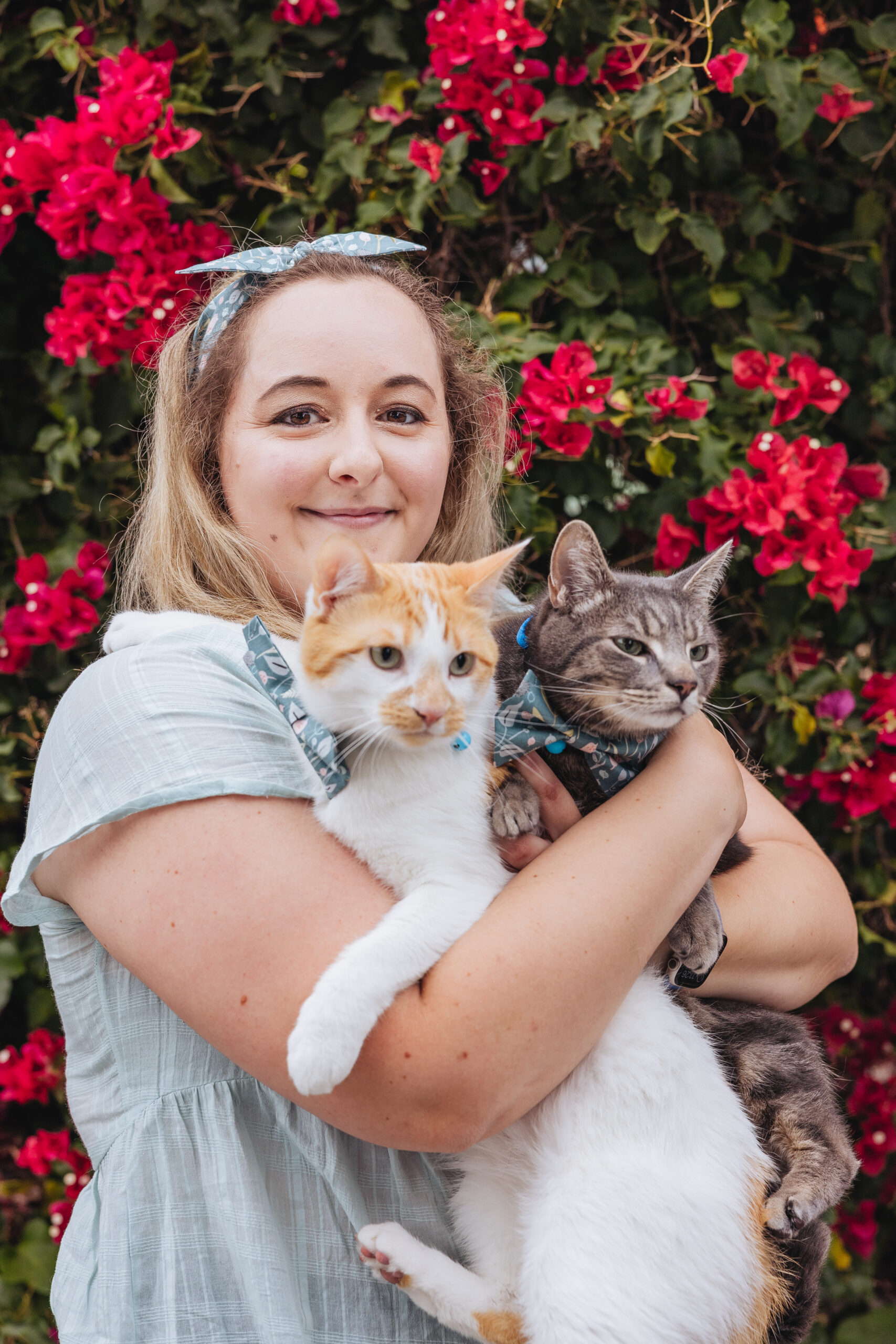 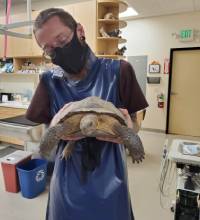 Don came to Santa Barbara from Wisconsin originally to attend the Brooks school to study wildlife photography.  While he was in school he worked at Dioji, and realized his true passion was in helping animals and their owners.  A fun fact- Don has traveled all over the world collecting pieces from famous tattoo artists! 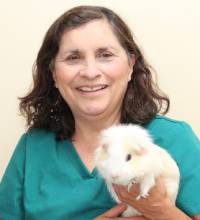 Theresa has been in the veterinary field for over 20 years. She has a super cute bunny named Jack “Rabbit”, and she loves bicycling through the hills of Montecito. 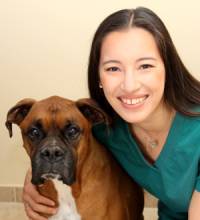 Carlin is a graduate from CSU Channel Islands, studying Biology and Environmental Studies. She loves to immerse herself in nature by bird watching, camping, or SCUBA diving. In her down

Carlin enjoys crocheting, baking, and relaxing with her boxer Harvey and chinchilla Pippa.

She hopes to become a veterinarian someday! 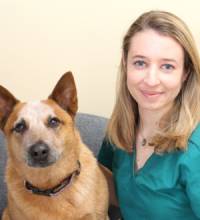 Courtney grew up in the Santa Barbara area. She has a special interest in exotic animal medicine and is currently studying to become a registered veterinary technician! When not at work, she enjoys hiking, sailing, gardening and spending time with her fiancé, Spencer. They have two adorable fur babies, and Australian cattle dog named Apollo and an orange tabby kitty named Gus. 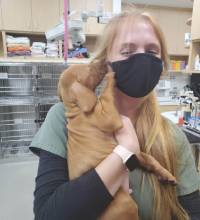 My name is Hannah Bruni. Growing up I really loved and rode horses and, for the last five years I have been riding professionally. Currently, I’m a biology major at Santa Barbara City College. Most importantly, I absolutely love bunnies and have a Holland lop bunny named Cowboybun. 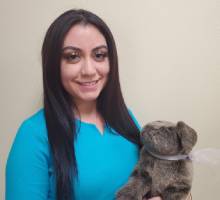 Our mission is to provide the highest quality of veterinary care to every patient based on the values of respect, compassion, and integrity. We honor your special connection with your pet, and we are so proud to provide the very best care available, while offering a wide range of treatment options to work with your individual needs.